Ping Pong Vs Table Tennis: Is There A Difference?

There are various leagues, tournaments, and even world championship table tennis, which are so popular worldwide. However, ping pong is a similar game like table tennis, but there aren’t competitions or tournaments of ping pong with a hugely wide reach like that of table tennis. 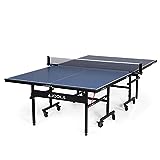 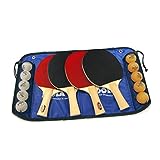 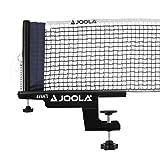 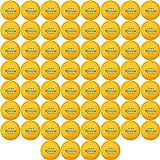 In the past, people could consider ping pong and table tennis as the same. But the International Table Tennis Federation (ITTF) established some standardized rules and chose “Table Tennis” as the official name of the game. Now, these two are different games.

ITTF organizes the World Table Tennis Championship. On the other hand, Match Room (Barry Hearb’s) Enterprise arranges the World Championship of Ping Pong every year in England. So, ping pong is also an established sport like table tennis now.

At present, professional table tennis players don’t prefer the word “ping pong” for their game because of the ITTF rules and regulations. Some people also see ping pong as the downgraded version of table tennis. But the ping pong community is continuing their activity with the less formal name.

They focus more on the fun and social side of the game. However, “Ping pong” was the trademarked name from 1901 to stop others from adopting the name. But later, “Table tennis” came out as the official name.

This racket is slow and provides a lot of feedback and control to the ping pong players. The sandpaper paddle has two laminated layers, and it doesn’t have two rubbers. So, there’s no variation in equipment in ping pong like table tennis. However, sandpaper paddles are cheaper than typical table tennis rackets.

There are differences between ping pong and table tennis in terms of service. In ping pong, the server can hit the ball straight out of hand, or after a bounce on the table. In table tennis, the server has to throw the ball over six inches upward from his open hand and then hit it from behind the baseline of the table.

The playing styles of the two games aren’t also the same. In ping pong, players use sandpaper. Sandpapers provide medium spin and slow to medium speed. Table tennis differs from that. In table tennis, players play with a higher amount of spin and a faster pace.

In modern table tennis, players serve twice at a time. They play each game up to 11 points and a total of 7 games. In ping pong, players have five serves simultaneously, and the game goes up to 21 points. This scoring system is the traditional scoring.

Players have to see the ball clearly in the game. In table tennis, as the ball’s color is yellow or white, the players aren’t allowed to wear the same colored dresses. However, in ping pong, the players don’t have to follow such strict rules.

Variations in The Game

Apart from the usual singles and doubles matches, ping pong has some variations as well. Rundlauf or “Round the table” is one variation. It’s an excellent way to enjoy the game for a sizeable group of players. It started in Germany. Here, a larger group of players can play the game at the same time. Players of the two teams stand in two queues anticlockwise around the table.

One player serves first, then other players of the team take their turn to hit the ball one by one and go at the end of the queue, and the game goes on like this. Rundlauf is now becoming a more popular version of ping pong. Around 10 to 16 people can play this version of the game. Table tennis doesn’t have such versions. However, there are also ping pong versions, such as Backwards ping pong, the ceiling’s the limit ping pong, etc.

The words “Ping pong” and “Table tennis” were synonymous previously. But now these two games have many differences. Now, both games have different rules and regulations and also different competitions.

Are table tennis and ping-pong tables the same sizes?

Yes, the two tables have the same dimensions.

Table tennis and ping-pong are practically the same sports. The only difference between the two was installed in 2011, when the ITTF wrote the rules of the game, giving it the official name of Table Tennis. This name was chosen over ping-pong as this gave it a more serious look than ping-pong, which sounds a little childish.

Are there different sizes of ping-pong tables?

Yes, there are multiple sizes of ping-pong tables.

Which country has won the most national titles in table tennis in the 20th century?

The country that won the most national titles in table tennis is China.

According to the ITTF statistics, between-

They are still the leading country in Table Tennis since the beginning of the 21st century (2001-today).

The Butterfly Effect and the Making of 'Ping-Pong Diplomacy' , article, "www.tandfonline.com", retrieved on, Fri 17-July-2020

Bat or racket for game known as ping-pong or table-tennis. , article, "patents.google.com", retrieved on, Fri 17-July-2020 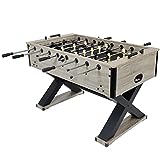 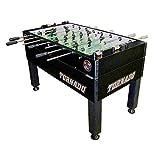